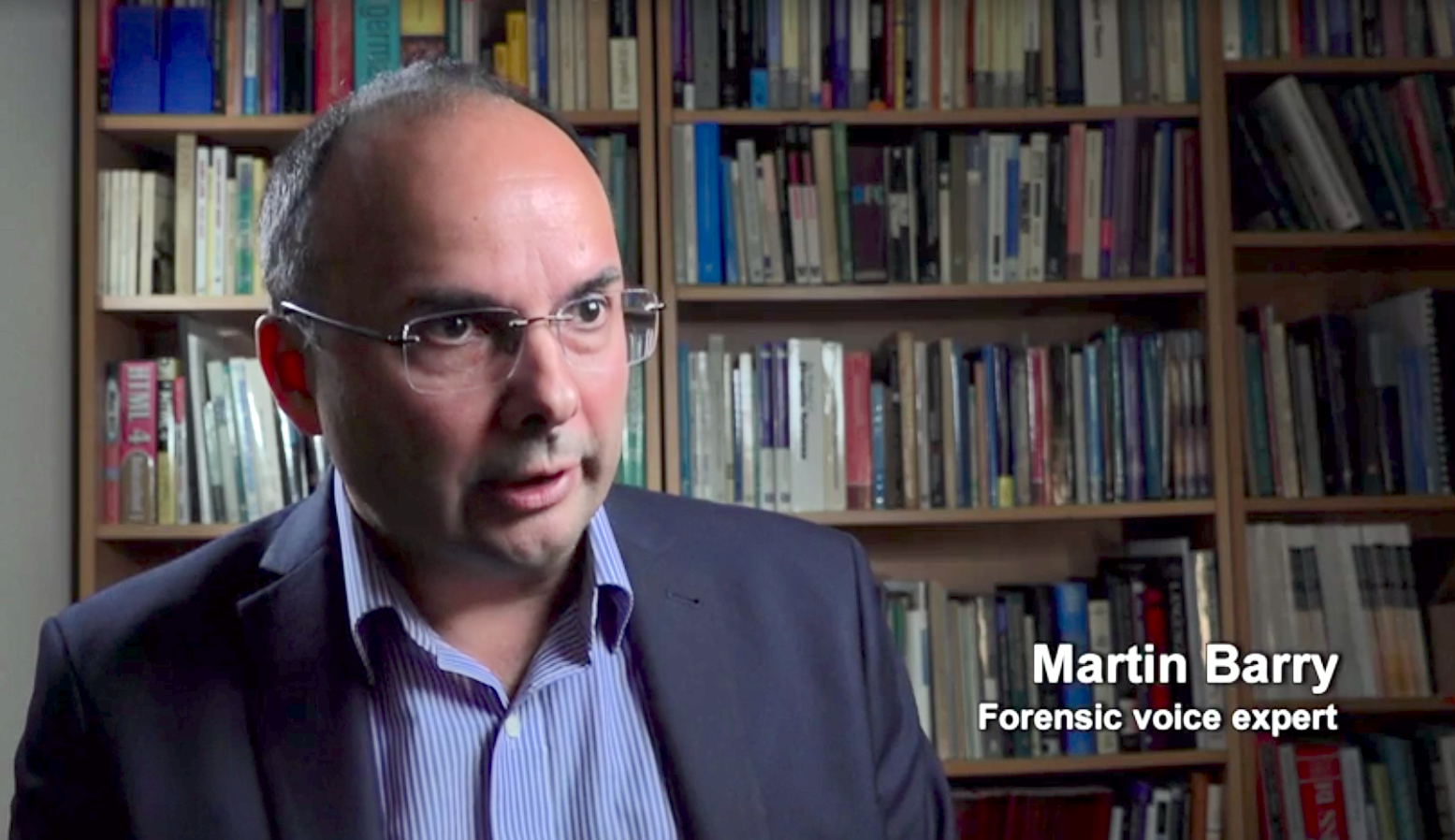 Martin Barry MA MPhil (Cantab) MCSFS is a leading practitioner in forensic speech analysis, with over twenty-five years’ experience in many hundreds of criminal and civil cases. He is an elected professional member of the Chartered Society of Forensic Sciences, an elected member and former Treasurer of the International Association for Forensic Phonetics and Acoustics, an elected member of of the British Association of Academic Phoneticians, and was a certified assessor for the former Council for the Registration of Forensic Practitioners.

back to the home page